Perhaps like any other, the early weeks of Amanda’s pregnancy were a mixture of excitement and nervousness.  I remember being so apprehensive about telling the children, I needn’t have worried! That evening they held a sort of boardroom meeting at home and decided they wanted a baby sister, she had to be called Chloe!, to this day we do not know why they selected that name, but a little brother would have been just as loved by them I’m sure!  The routine visits to the health centre came and went, everything was just as it should be, the baby was where it should be, the medical people were happy with the babies progress.  We felt we were being looked after really well considering the traumatic experiences from the previous pregnancy.  We had a lovely Christmastime with the growing realisation that everything was about to change…. It‘s amazing what you can forget about caring for a new born and through their toddler years.  At a scan in late December, it was confirmed that we were having a little girl.  Although I would not have been even the slightest bit disappointed if we were having a boy, I was already the father of 2 amazing boys, who are my world, but at this point I realised that I secretly longed for a little girl… Amanda had made that dream come true. 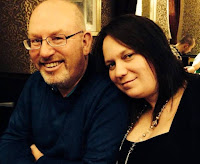 
Life continued as usual for us both, working lots of hours, me for an IT company and Amanda in a shop, doing our best to provide everything we needed for our arrival and giving the children any assurance that they needed.  Family were also starting to assist with things like car seats, general things really like bibs, baby grows, and I have 2 sisters who had recently given birth so we were happy to be given things that we needed.  In this age of social media, I remember using Facebook to say Happy New Year to everyone and that after so much heartache surrounding our marriage breakdowns and the ectopic pregnancy, 2014 was going to be the year when our dreams were realised.   Amanda and I decided on the name Mia Jean, the Jean part coming from the name of my beloved Nan and on the morning of New Year’s Day I felt Mia kick my hand for the first time – I can remember my heart melting…

Last week, in the House of Commons, MP Sharon Hodgson broke down as she revealed her agony of being told her stillborn daughter, Lucy, who was born 20 years ago at 23 weeks + 5 days did not ‘officially exist’.That is because under UK law, parents are not given a birth or death certificate if the child is not born alive before 24 weeks’ gestation.
Although the passing of her daughter was not as far as I’m aware related to a Group B Strep infection, listening to her plea hit home with us and got us thinking about what she is asking for.Her little girls heart had beat through most of her labour and she held her babies motionless body in her arms in hospital.
It surely cannot be questioned that indelible memory is fact that her daughter indeed existed. MP Sharon Hodgson, 02/02/18 Our daughter, Mia was born alive at 25+5 weeks (2 weeks older than Lucy) and lived for 22 minutes, therefore she ticked all the boxes to be classed as having ‘officially existed’ therefore her birth and death would…
Post a comment
Read more

Bereavement Leave
A recent social media discussion has got me thinking about the difficulty in returning to work following the loss of your child.For some it be can an unbearable experience that literally pushes many over the edge.I was one of the lucky ones, I for many years have enjoyed an excellent working relationship with both my bosses and my direct reports in the same employment.Bereavement leave, especially time taken for the death of your child is, I guess, not something that enters your mindset through everyday life.That said, it never entered my head that within reason, I would not get given whatever fully-paid time I required to ensure that I was in the best possible place before contemplating returning to work.Some people and way more than I realised until participating in that  recent twitter discussion do not have the luxury of understanding bosses and colleagues that I had when I returned to work 2 and half weeks later following the passing of our daughter.
Of course, ch…
Post a comment
Read more